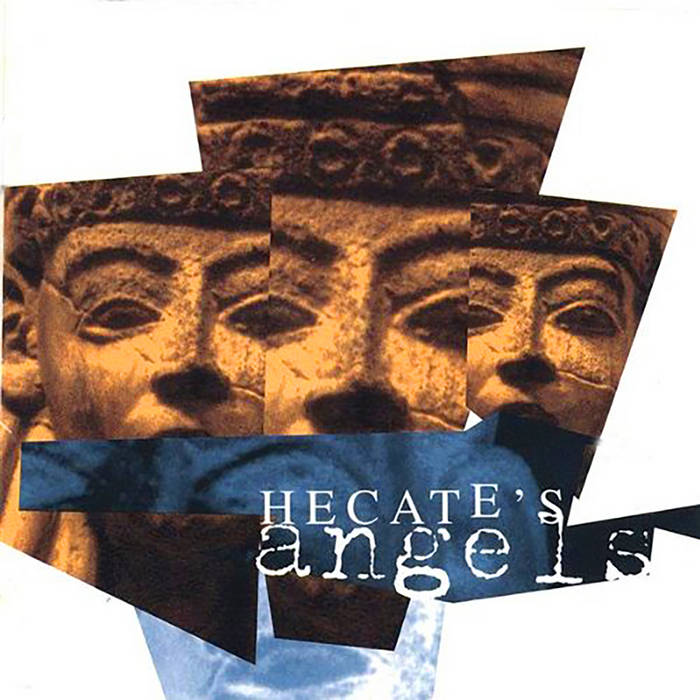 John Mentzer It's hard to pick but I think Hall of Mirrors is my favorite one off the album! This is the soundtrack to my demon infested dreams! Favorite track: Hall Of Mirrors.

" Occasionally an album will come along which oozes out of the stereo, wafts around the room and takes you somewhere familiar, but somewhere you've never been before. Hidden Persuader, the debut album from US band Hecate's Angels is one such gem. It's a slab of psychosonic sorcery just perfect for a quiet night alone with your dreams or those awkward waking hours waiting for sunrise after a night on the tiles when for some reason you just can't sleep. Named after Hecate (Heh-ca-tee), the Greek Goddess of sorcery and witchcraft, the band's sound is a kinky marriage of underworld ambience and pop, a union which manages to surprise without ever resorting to shock for shock's sake. Lead Angel, Pietra Wexstun teases an astonishing array of sounds from her organ, autoharp, melodica and theramin (that whooping, wailing instrument which leant an illicit drug buzz to Good Vibrations and saturated a trilogy of torch songs on Portishead's debut) and her lyrics boldly examine issues such as narcissistic desire, discovery and the nature of pleasure. Hidden Persuader owes much of its exotic power to its middle eastern scales which swirl around the room conjuring up images of a Sultan's lush palace filled with belly dancers, demented dervishes and a thick curtain of hookah smoke. Hidden Persuader is a lushly stimulating trip into an Orphean underworld - and you don't even have to leave home to go. " Australia Music

" Even the jauntier tunes pay tribute to downing souls. as when the chirpy existentialist narrator of "Fence" takes a stand against taking sides. The lost urban experience is further captured with the instrumental "Purdah Party," when the sound of taking a wrong turn in limbo is followed by the eastern-tinged madness of "Hall of Mirrors." The quiet horror show of "Rosemary's Baby" is chilling enough in the traditional realm of dark rumblings, while "Seduction of the Minotaur" has band member Stan Ridgway (who also serves with Wexstun in the multimedia DRYWALL project) brandishing a lone harmonica against Wexstun's massively creepy organ lines. None of this, naturally, could go up against Slayer in service of invoking Satan, but HIDDEN PERSUADER still makes a pretty compelling case for making a blind date with the Dark Lord." New York Press

"This is an odd collection and well worth repeated listenings. Catchy, lilting numbers are punctuated by thick, ominous film music. Wexstun has a beautiful voice that shimmers against the sparse, crystal clear production. Stand out cuts include Eve's Angle, Hidden Persuader, Fence, Hall of Mirrors, and Somnium Waltz." Deep Down Music

"Great stuff, I really like the obscurity of this music, Wextun knows just how to make obscure things rock without making them suck... a truly mastered art! " - Amazon