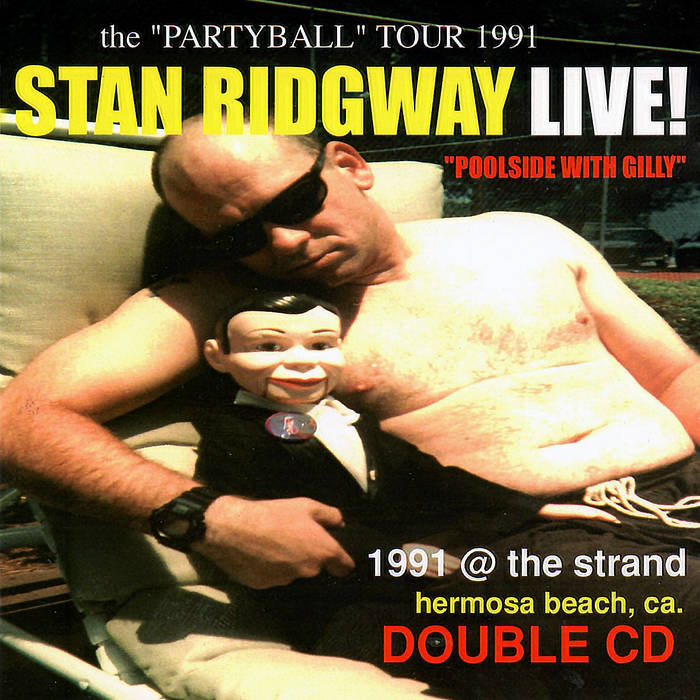 Yes!...It's the BIG DOUBLE LIVE! CD "Poolside With Gilly" / 1991 LIVE
Gilly is Stan's old pal and trusty road manager. Recorded LIVE at the Strand in Hermosa Beach Calif, November 2nd 1991. A true gem of a recording with all the talk between songs and no breaks to preserve the whole show as it was. Fantastic. Cheers !
www.stanridgway.com


"Stan Ridgway's post-Wall of Voodoo output has, if anything, cemented his neo-noir rep as one of American music's greatest storytellers, the wild and wily Steinbeck of sad whiskey railroads and rusted, ramshackle American dreams." AUSTIN CHRONICLE