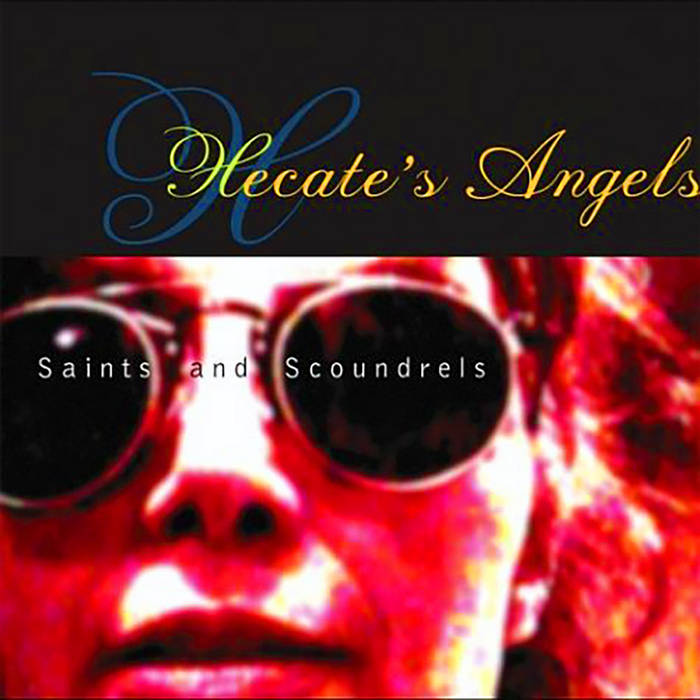 John Mentzer All three Hecate's Angels albums are excellent! If you've ever seen Pietra playing with Stan Ridgway you will know she is just as much a part of the magic. I love the wild imaginative ride these albums take me on! Favorite track: Patterns.

Beautifully atmospheric and sensually rich in aural colour! LA based Hecate's Angels have an arty, futuristic cabaret sound, based around the creative vision of musician Pietra Wexstun (responsible for vocals, keyboards, autoharp and dulcimer, with songwriting and production throughout) and augmented by instrumentation including wind, strings, guitar, and diverse percussion. You'll see strange mythic pictures in your mind, go back in time, speak in tongues and then wonder who slipped that great micky in your hi-ball glass. - The Chord

More from vocalist/composer Pietra Wexstun and her band of underground explorers. Trip on down the bayou or float along in space. The miracle and magic of music with no boundaries. Vintage synths and theremins combined with dulcimers and washboards. Decadent waltzes and heavenly hymns. Cuban cha-chas and bongo-driven jazz. Eerie echoes and hepcat cool rising to a flaming intensity. Howling horns, screaming saxes, pounding pianos Emotional,evocative. Hot/cold... light/dark..the marriage of heaven and hell...madly inspired ...divinely insane...someone stop me before I hurt myself! Ophelia meets Lady MacBeth at a cocktail party in space. - SPACE-NIK MAGAZINE

Named after Hecate (Heh-ca-tee), the Greek Goddess of sorcery and witchcraft, the band's sound is a kinky marriage of underworld ambience and song, a union which manages to surprise without ever resorting to shock for shock's sake. Lead Angel, Pietra Wexstun teases an astonishing array of sounds from her organ, autoharp, and theremin (that whooping, wailing instrument which leant an illicit drug buzz to Good Vibrations). AUSTRALIAN DIGITAL
----------
Pietra Wexstun is an electronic musician and singer-songwriter from Los Angeles, California. She has fronted for the band Hecate's Angels since 1996, and has performed with her husband Stan Ridgway since 1986. She has contributed to all of Ridgway's solo and Drywall albums, performing backing vocals, keyboards, synthesizers, and theremin. She has also composed and performed music for several art exhibitions in Los Angeles, including Christi Ava's ‘Nice Ladies in Cages’, Barry Fahr's ‘Visuadelia’, and (with Ridgway), Mark Ryden's ‘Blood, Miniature Paintings of Sorrow and Fear’. Her albums are "Hidden Persuader", "Saints and Scoundrels" and the new "All That Glitters".