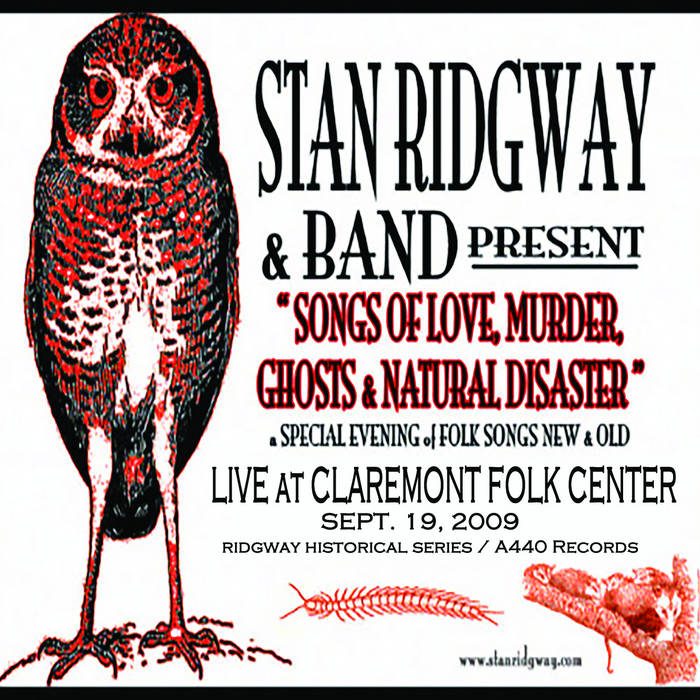 From The Folk Song Tour of 2009
"Songs Of Love, Murder, Ghosts & Natural Disaster"
Recorded LIVE from the audience.

A concert of "traditional folk songs" and more by writers such a Woody Guthrie, Johnny Cash, Bob Dylan etc.

All hail the Claremont Folk Music Center check them out please : www.folkmusiccenter.com

Thank you folks !
And thanks also to a friend who passed this ruff and ready recording to us.