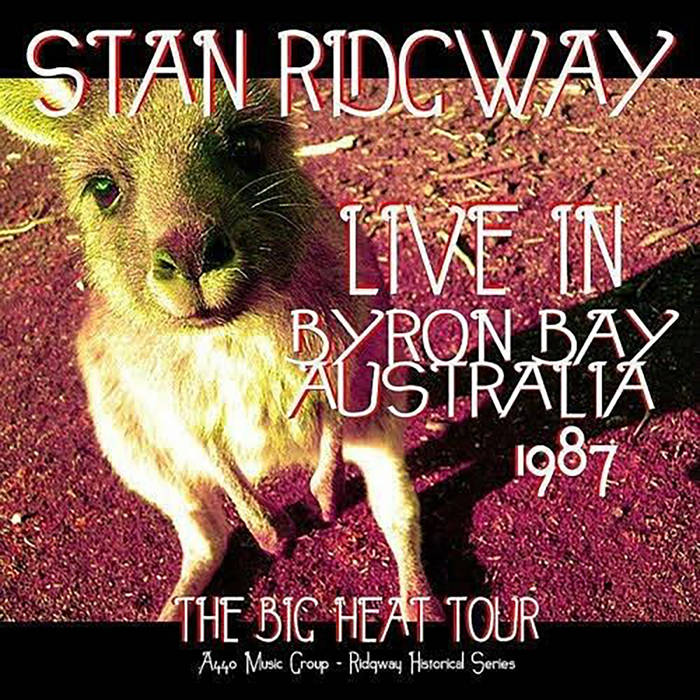 Fair dinkum ! Recorded live in 1987 on Ridgway's first tour of Australia and highlighting songs from The Big Heat his first solo album. A pulverizing piece of history from the shores of Byron Bay OZ. The whole show with no breaks !

Recently unearthed! The full 80 minute set with between song "blab" captured live in stereo concert from the mixing console in Byron Bay Australia.

The Ridgway Band on this recording is :

Recorded live in 1987 during "The Big Heat " tour,
Ridgway's first visit to Australia.

Note: There may be a small audio drop out in the song 'Camouflage' - this is due to the original source recording and not a defectt in the file. ISomeone spilled a beer probably. Oh well...nothing's perfect. Fantastic !