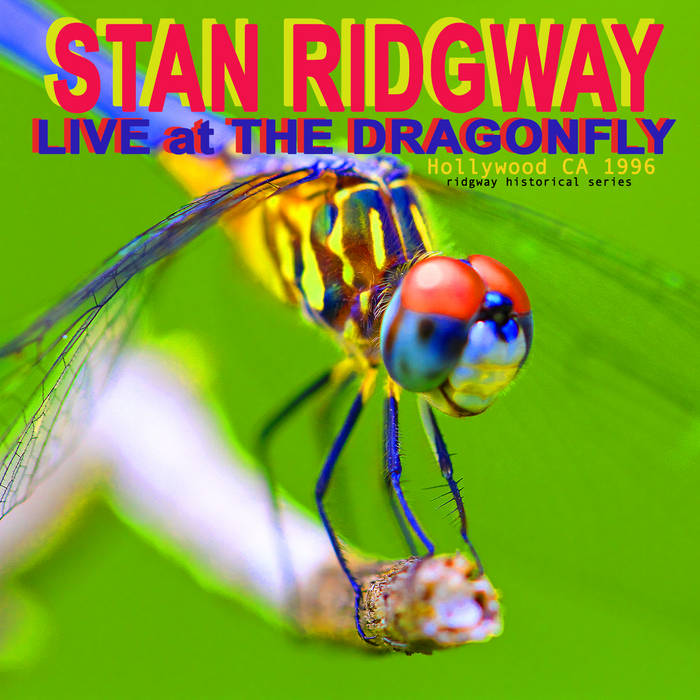 Ruff and ready! Recorded LIVE on cassette from the audience at the Dragonfly Night Club in Hollywood CA March 1996. Songs from the then newly released "Black Diamond" album on Joe Ramsey's Birdcage Records. This was the official release show.

"Listening to Stan Ridgway is always like a musical voyage. As he sings about "your presence in the sand" there's no wonder you'll see a Neon Mirage in the distance. With help from Dave Alvin, Pietra Wexstun, Ralph Carney, Rick King and the late Amy Farris, every lick, note and lyric is post-futuristic and brings to mind the world we're busy ripping apart now. Neon Mirage is without a doubt, Ridgway's strongest effort in years, and one that finds him saddled up and ready to ride with a world-wise bent into the sunset of the unknown - mirage or not. Challenging, interesting, and always highly entertaining. This particular well is long from drying up." ELMORE
"Ridgway's work is always passionate and completely compelling and Neon Mirage is no exception...Stan Ridgway at his quixotic best, telling jagged tales of modern life gone wrong with a casual urgency and a novelist's eye for detail, all set to a soundtrack that soaks up light in a beautiful darkness like polished ebony." CITY BEAT