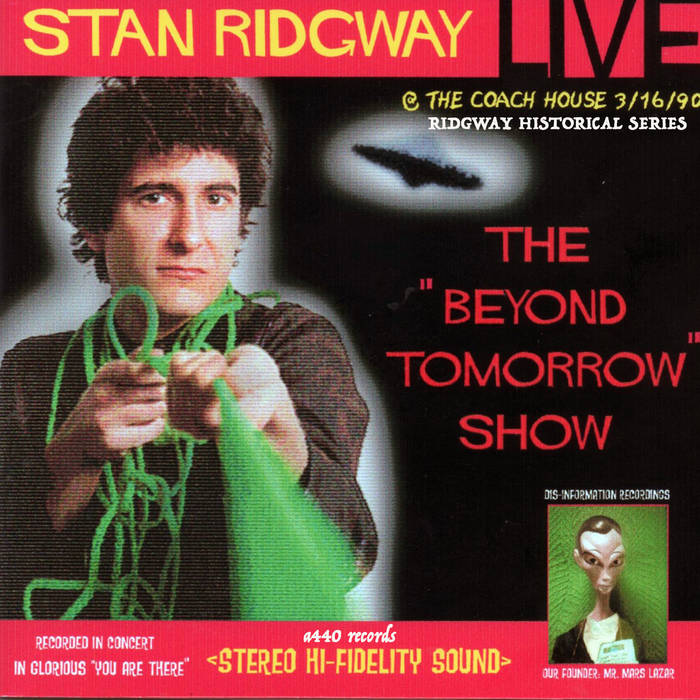 Stan Ridgway LIVE @ The Coach House 3.16.90
The "Beyond Tomorrow" Show
Ridgway Historical Series / A440 Records
C & P www.stanridgway.com
Recorded LIVE during the "Partyball" era.
Like A ROCKET TO OUTER SPACE!
A great sounding No Holds Barred show ! Over the top and straight into...another dimension ! THE FUTURE was on Stan's mind and the band and he deliver the songs to the faithful. Thanks to the fabulous Coach House. And thank you folks !
Bonus Track w/ Purchase.
"The Coffee Song"
From the Stan Ridgway album "The Way I Feel Today / Croonin' The Classics"