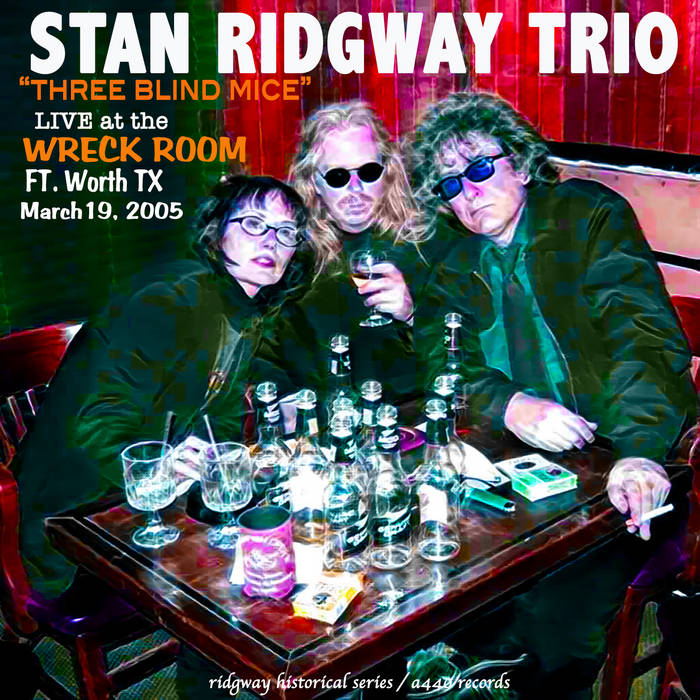 Here's what critics are saying about Stan Ridgway..........
"Ridgway's post-Wall of Voodoo output has, if anything, cemented his neo-noir rep as one of American music's greatest storytellers, the wild and wily Steinbeck of sad whiskey railroads and rusted, ramshackle American dreams." AUSTIN CHRONICLE

In Dedication : VERY Special Thanks to Jerry Cotton "the potato chip guy" who introduced many here at the show to the music. This just in from his brother Larry Cotton. "Potato chip guy was my brother Jerry who loved your music! He introduced your music to half the folks who came to the rec room for this show. Thank you for this album. Jerry left the planet 5/2011." Thank you for your message brother Larry. So sorry. Your brother Jerry was a sweet fun loving fellow and by the evidence of his audience participation here, loved life and lived it to the fullest. May he rest in peace - and potato chips. He made wonderful memories for all that will last forever. Love and peace to you and family. xo Stan & Band