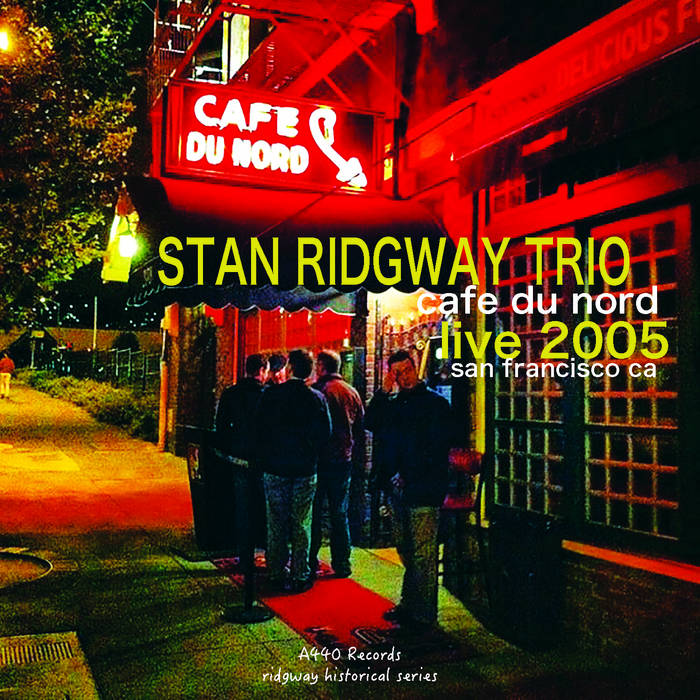 Lil Mike One of many live recordings that Stan has released over the years, this comprehensive in length small club set does not disappoint, covering a variety of sonic territory with typical bar room banter & Stan's stellar showmanship in front of an appreciative San Francisco audience. I particularly enjoyed hearing the late great and much missed manic musicologist Ralph Carney scramble to join in on some impromptu fun. I can almost hear Ralph's glasses fogging up as he blows his horn. Favorite track: Police Call.

timlove160 I love pretty much everything Stan has done! So glad he is still making music. I know this concert is from a while ago, but I'm always happy to hear something new from Stan!

Recorded LIVE from the audience - at Cafe Du Nord San Francisco CA 2005. Ruff and ready!
Includes songs from Drywall: Barbeque Babylon, the new release at the time, along with other songs old and new. Special guest for the evening the great late saxophonist and composer Ralph Carney! who stopped by and played on a few songs.

"Its possible that Ridgway's change of stance reflects a more serious attitude toward his music. Ridgway isn't just a wise guy anymore." L.A.


Stan Ridgway's post-Wall of Voodoo output has, if anything, cemented his neo-noir rep as one of American music's greatest storytellers, the wild and wily Steinbeck of sad whiskey railroads and rusted, ramshackle American dreams." AUSTIN CHRONICLE