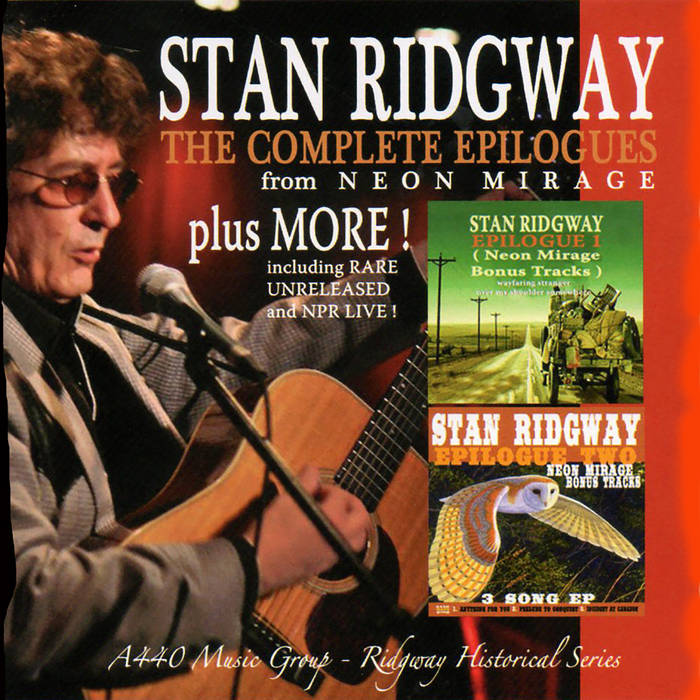 John Mentzer Maybe I was once the king of Kathmandu... Favorite track: Anything For You.

magnificentfailure I have most of the songs in my old PC, but that thing is awful sick.

Everything about Neon Mirage is awesome. I love the CD, but every time I listen, I miss these other songs.

Now I guess I can plug my stupid phone into the car stereo and listen as I drive across the lonely desert.

Stan's collection of songs from the recording era for "Neon Mirage" (2010) That were not included on the album. Exclusive itunes singles, song covers, live performance, studio experiments, song demos, stray classics, and the poignant, melancholy masterpiece "Over My Shoulder Somewhere" - inexplicably left off of "Neon Mirage". Its here now.