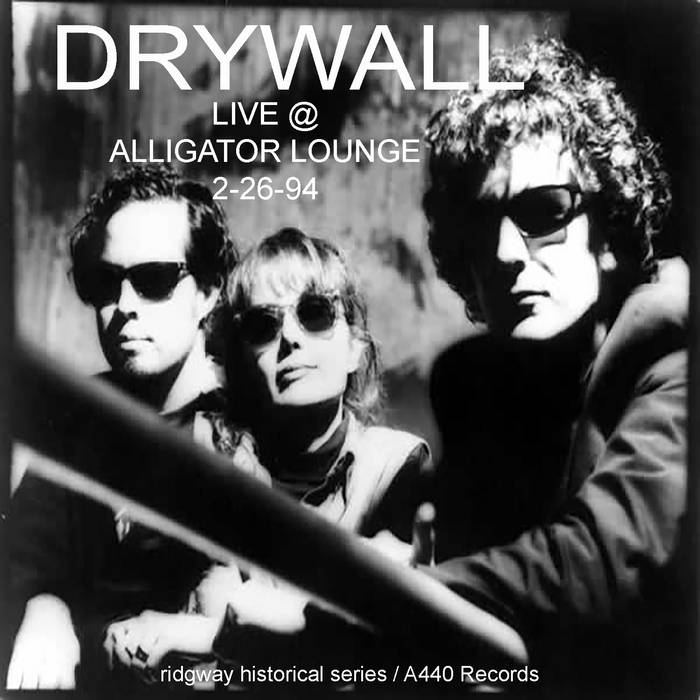 Stan Ridgway & DRYWALL Live @ The Alligator Lounge, Los Angles CA in 1994. A ruff and ready recording from the audience. A sonic document. This concert at the West Los Angles CA venue was the band's Live Debut, playing selections from their first album "Work The Dumb Oracle". Enjoy! Another in the Ridgway Historical Series of recordings.

“Stan Ridgway is one of rock's most lucid eccentrics. Former frontman for late L.A. weirdos Wall of Voodoo, Ridgway has remained an ace storyteller, composing neatly structured vignettes with a jazzlike penchant for urban nightscapes and their inhabitants. Ridgway's new trio, Drywall, continues on in similar fashion with a debut oozing with nocturnal cool. The stripped-down trio, with Ridgway joined by a keyboardist and drummer, covers the usual suspects: cops, thieves, oddballs and third-time losers, pulp-novel grit delivered with Ridgway's sideways nasal narrative. It is when he assumes the first person that his yarns are most magnetic, particularly on "Bel Air Blues" and its noxious "Call the Menendez boys!" chorus coupled inexplicably with the refrain from "Frere Jacques." Such unflagging weirdness is Ridgway's calling card, with "Work the Dumb Oracle" benefiting greatly from his character and his characters”4 stars ****. - CHICAGO TRIBUNE