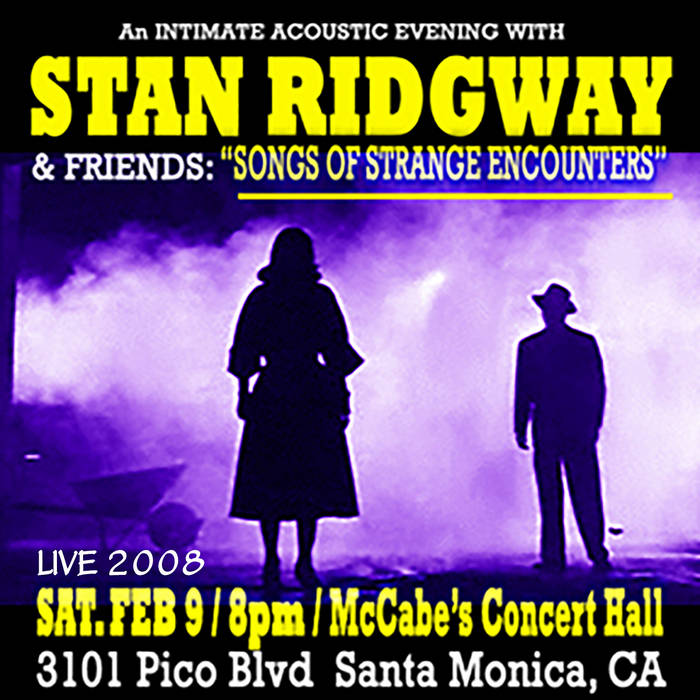 Recorded Feb. 9, 2008 at McCabe's Concerts
Santa Monica CA
c & p A440 Records / Ridgway Historical Series
dis information music bmi
stanridgway.com
------------------------
Some know him just as the long lost singer with the great Wall Of Voodoo, others as one of the great unsung maverick geniuses of our time. MELODY MAKER