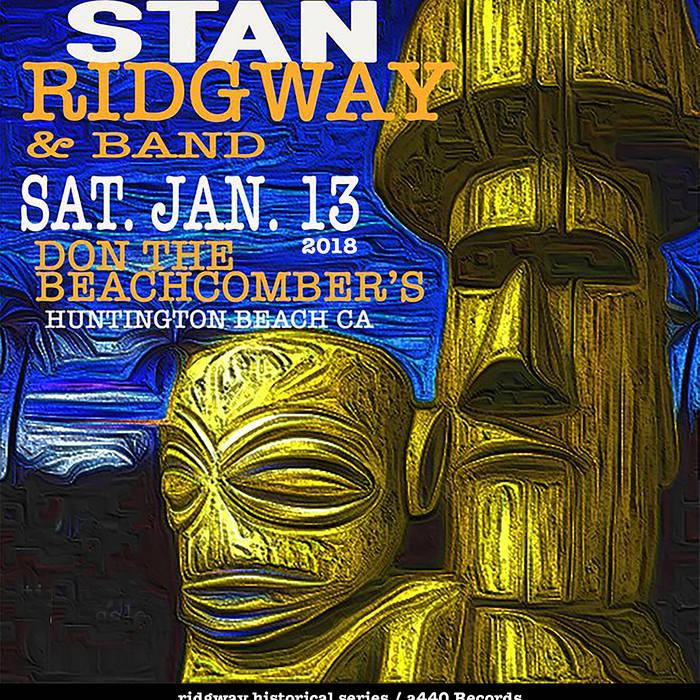 Wayne Gillespie & Famous Blue Raincoat Love this album and a great reminder of a similar live show of Stan Petra and band that I attended (and was lucky enough to play support for) at the Basement in Sydney -One fine gentleman too - Play On!! Best Wayne Gillespie Favorite track: A Mission In Life.

Savagino I was there and loved every second of the show. Stan & Pietra are not to be missed. Favorite track: Mexican Radio Story.

Live recording of Stan Ridgway & Band Sat. Jan. 13 at Don The Beachcomber's in Huntington Beach CA. The show was sold out and many exotic beverages were consumed. This is the full show with no breaks. Thank you folks for your support!