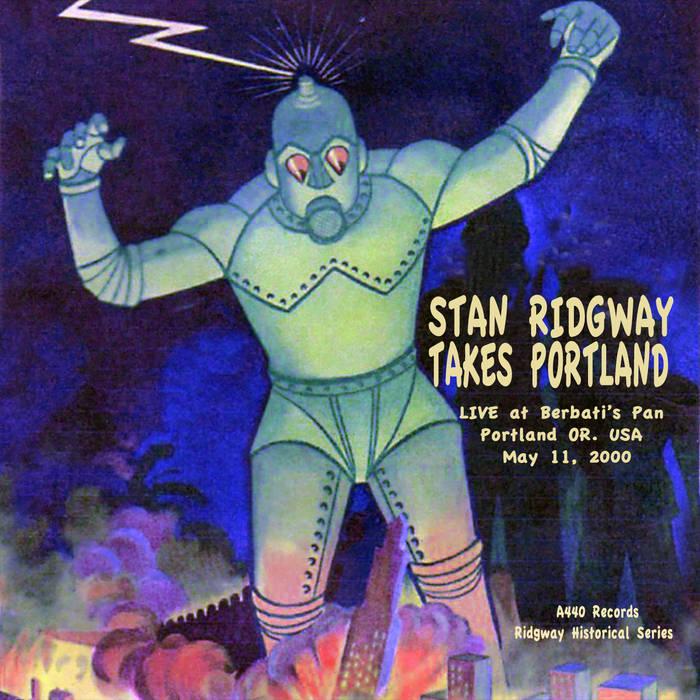 William Latham It's truly a golden age for Stanfans! The historical releases have been coming fast and furious and awesome they are! Stan and Pietra and Co. are always a pleasure live and getting snapshots of their shows from different eras is just so great! Some "Work the Dumb Oracle" would be awesome. But either way, a live Stan show is always a treat -- what a great problem to have, to have to decide which show, from which era, to listen to next! Thanks so much for sharing the love!

Stan Ridgway
Live at Berbati's Pan in Portland OR
May 11, 2000
"Anatomy Tour 2000" of USA
A440 Records / Ridgway Historical Series
www.stanridgway.com

Recorded at the legendary Berbati's Pan in Portland OR during the "Anatomy Tour 2000" of USA.

Full show. No breaks. Recorded in STEREO from the audience at full 44.1. Sound is great and no distortion. Featuring the "Good People Of Portland" drinking club. A proud, loud "You are there " Ridgway Historical Series release.

Thank you Good People of Portland !