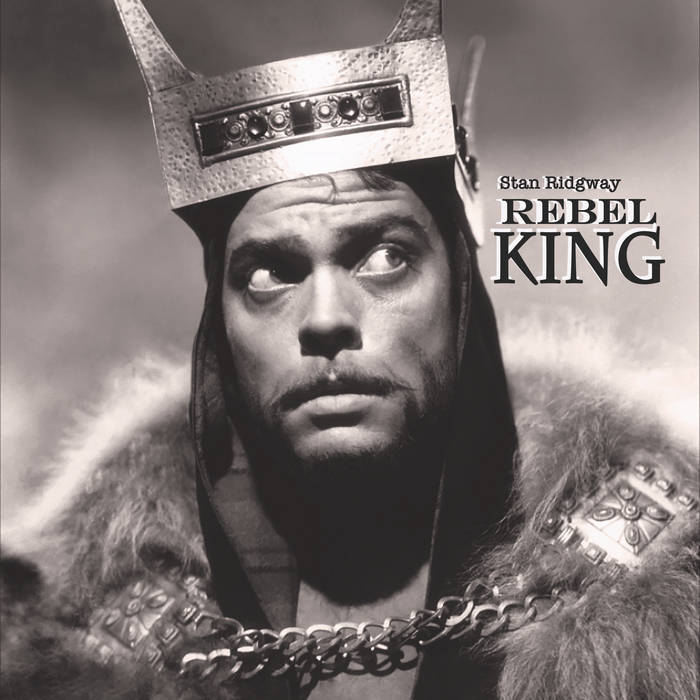 The Silencer Criminally underrated song. It's something about Stan Ridgway's voice that resonates with me, like Johnny Cash's American albums did.

Its Bandcamp Friday - and Happy Birthday Orson Welles b. May 6th, 1915. "REBEL KING"" - by Stan Ridgway
(This song also included in the album "MUSIC FOR FILM VOL. 1")

"Ridgway’s song about iconic actor/director Orson Welles, best known for his film masterpiece “Citizen Kane”, explodes in glorious guitars and strings. and quite like a piece of wide screen cinema in itself."

"Recounting the early scandals, rancorous studio battles and fabled Hollywood history of the great artist, genius and iconoclast, "Rebel King" paints a compelling sonic story of the great film maker and actor where "the dreams don't fade away". New work from the Wall Of Voodoo mastermind. A sincere tribute from one of America’s master songwriters and storytellers."

Deep in voice and big and broad
On the New York radio he talked like God
He'd made a joke on Halloween
When Hitler started to march
And all believed just like he'd planned
But a Martian invasion no it never did land
Marlene later said he was some kind of man
But what does it matter what you say?

Behind the gates where the fires keep burning
A camera pans on a wheel that's turning
High on a crane, track the wall and staircase
A mirror shatters with no dreams to replace

After he died, went to his wake
There in Hollywood where most people fake
Sat in back, Director's Guild
The public was invited to attend
Most empty seats but loved ones there
People from his past and all the ones who cared
Moses gave a sermon 'bout the dancing bear
A traitor uttered Rosebud...

Kane and Ambersons, The Mercury Theater
Rock the Cradle, Third Man, The Stranger
Voodoo MacBeth and the Lady From Shanghai
A Touch Of Evil, hear The Chimes At Midnight